Degree in Psychology: The Death of Freud’s Favourite Daughter


When the father of psychoanalysis’ favourite daughter died, the theory about grief changed drastically. Read about the story of Sigmund Freud’s loss. 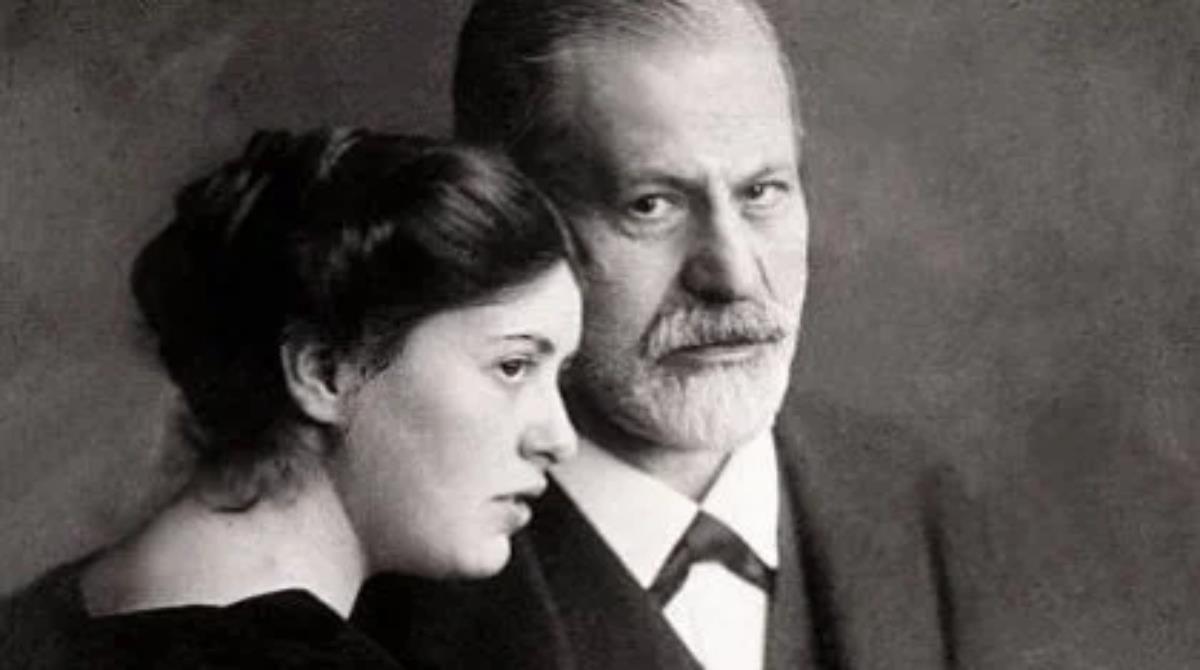 When Sophie Freud died, her father Sigmund changed from the most famous psychoanalyst in the world to only a man in grief.  At that moment, he wrote a letter explaining to his colleague and close friend Ludwig Binswanger what had happened.

“In a sense, pain is a way of keeping clutched to love and, as such, it is better not to get rid of it completely.”

Sophie’s death made Freud change lots of aspects of his theories about grief. At that moment, he became completely conscious that he would never get rid of that void, that huge mourning. He might have become weaker throughout time, but he could never forget.

At the same time, he was able to understand that, once the pain is extreme, there is no place where to ease that pain. A child’s death is, with no doubt, disturbing, unimaginable, and heartbreaking.

Sophie Freud was born on April 12th, 1894 and she was Freud and Sophie Halberstad’s fifth daughter. Almost immediately, she became her father’s favourite. That little girl, with no reason, had softened the father of psychoanalysis’ patriarchal and almost tyrannical nature.

She was gorgeous, decided, and self-sufficient. She was confident of the idea that we should always be loyal to our ideals and principles. She did so, until her last breath, following her wishes no matter what people said.

You may also be interested in: Bachelor's Degree in Psychology: Psychology and Drawings: How to Read them?

Sophie got married to Max Halberstadt at 20 years old. He was a photographer and portrait painter from Hamburg. He was a non-rich, undistinguished 30 years old gentleman. Halberstadt did not have much projection for the future. Sigmund did not oppose her daughter’s marriage, but he was conscious that her daughter might have needs. Freud made her daughter promise that she would keep him updated on how she felt and her problems and worries.

Sophie kept her promise, but she was happy. She loved Max with her soul. Nobody could imagine at that moment that her happiness would not last. Six years after her marriage, she died.

“I work as much as I can and I’m grateful for what I have. However, losing a child seems like a severe wound. What is known as grief, would probably last a lot of time”.

Letter from Freud to Ludwig Binswanger

Five years before Sophie died, Ernst Wolfgang was born. Sigmund felt captivated by that child. His epistolary dialogue with Karl Abraham, a German psychoanalyst, consisted of telling him how much joy Ernst brought him:

“My grandson Ernst is a charming little fellow who laughs attractively when you pay attention to him. He’s a decent and valuable creature in these times where only unleashed bestiality grows.”

World War I was taking place in Europe and the father of Psychoanalysis was one of the first people to warn people about those ferocious and disturbing acts and thoughts that were growing in her native city, Vienna. Nevertheless, his family was not personally affected at that moment.

Until Hitler gained power in 1933, his life was calm. Freud kept working while he wrote letters to Sophie. On December 8th, 1918, his second grand-children was born, Heinz. It was at that moment when his daughter told him that she was not in a good economic place and that his second child was a blessing but also a problem.

Freud was happy to help Sophie in whatever she needed. He also offered her several pieces of advice about contraceptive methods of that time. However, they seemed not to work. A year later, she was pregnant again.

When Sophie wrote a letter to his father telling him about her unwanted pregnancy, her father told her:

“If you think the news will make me very angry or dismayed, then you’re wrong. Accept this baby, don’t be disappointed. In a few days, you’ll receive some money which has come from my latest work.”

In 1920, the Spanish flu pandemic arrived and Sophie, who was really weak from her pregnancy, ended up being really sick in January that year. She died some days later due to an infection. When she died, Sigmund explained how sad he felt for not finding a way of being with her in her last days.

“The only thing I could do is attend her burial and accept a loss to which I cannot find an explanation”, he wrote. The most remarkable thing happened 9 years after Sophie’s death. In one of the letters sent to Ludwig Binswanger, Freud told him that he was not able to overcome his loss.

“We know that the acute pain we feel after a loss will continue; it will also remain inconsolable and we will never find a replacement. No matter what happens, no matter what we do, the pain is always there. And that’s the way it should be. It’s the only way to perpetuate a love we don’t want to give up.”

Sigmund Freud and His Theory’s Modifications

In some letters to his children, the father of Psychoanalysis complained about how medicine was not able to provide contraceptive methods that actually worked and what he called the existence of an “unwise and inhuman law that forced women to continue with an unwanted pregnancy.

His grief lasted more than 10 years and made him reformulate that concept in his theories. He concluded that at the moment of overcoming a loss you can experience either sadness or melancholy. Both states are acceptable. Pain implies a challenge that is compatible with survival, it is that bond that he refuses to let go of because it feels like a way of keep holding the love of a loved one.

Freud’s theories are constitutive parts of the psychological field of study. If you would like to get more knowledge of this area and related disciplines to perform professional activities in this area, then you should get a degree in Psychology.

🧠 Where can I study Psychology? 🧠

🧠Master of Philosophy in Psychology - University of York

🧠Doctor of Philosophy in Psychology - University of York

🧠Master of Arts in Psychology - University of Aberdeen

🧠Bachelor of Science in Psychology - University of Aberdeen

If you find this information interesting, fill in the form on our site and one of our advisors will contact you as soon as possible to answer any questions you may have.